Difficulty curve: Cadaver Slammer allows for some freedom in the order the player chooses to approach exploring the prison. This was taken into consideration when designing the difficulty to avoid any sharp difficulty spikes. 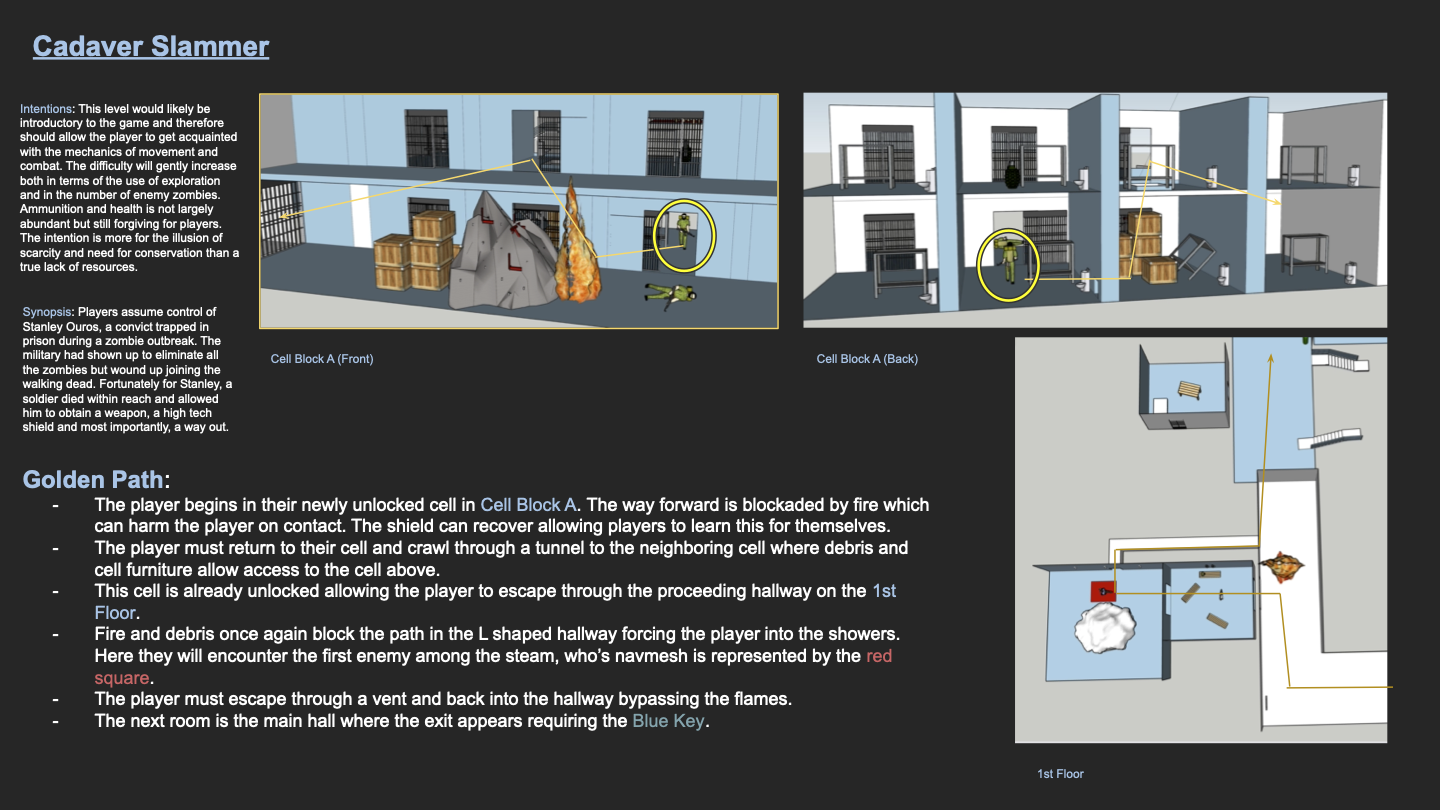 Layout: This document details the original 2-pager plan for the level developed with Sketchup. Upon iterating the map, multiple connective shortcuts were added (the rec room and cafeteria were united, a vent was created to connect the basement maintenance office to the hallway and a hole was placed to connect the cafeteria to the basement).